Fold-able Phone Samsung Galaxy Z Flip: For many days, Samsung has been in the discussion about its latest fold-able phone.

Recently, the famous tipster Ice Universe has tweeted that information about Samsung’s next launching Fold-able phone will be Galaxy Z Flip.

However, till now the company has not shared the official information of the names,

launching date and features of the upcoming fold-able phones.

With just a few days left until Samsung’s big Unpacked event, we’ve received images from a tipster purporting to show off the company’s next foldable phone.

While renders and a brief video of the Galaxy Z Flip have leaked before,

These pictures show the device clearly, sitting both folded and unfolded.

When it’s closed, you can spot the dual-lens camera and next to it an external display for the time and other small notifications.

Open, its 22:9 aspect ratio is obvious — as is that crease in the middle.

While the narrow-but-tall device has plenty of space.

Overall it’s very similar to Motorola’s reborn Razor, but minus the massive chin.

Pictures we’ve received reveal its model number will mark it as the SM-F700U.

Overall it's very similar to Motorola's reborn Razor, but minus the massive chin. 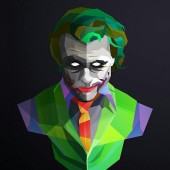 Founder of LiveUp™ Digitals, Co-founder of My Inquisitor and Author and Editor at Electric Guides, Developer, Writer, Designer, Spam-deleter. India.

How to buy a perfect mobile phone?

iPhone 12 leaks, prices may be less than the iPhone 11

Why smartphones are digital truth serum?